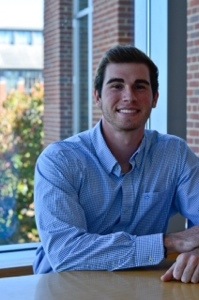 If you’ve reached this page, it means I did a nice job with the site, or at least I’d like to think so.

Anyway my name is Matthew Godley, I grew up in Davidson NC and I’ve been playing basketball from a really young age.

I played the varsity team and also throughout high school and it continued to college.

My Obsession With Jumping

Ever since I fell in love with the game, I’ve always looked for ways to gain an edge over my competition.

And although there are many ways to do that, I’ve been particularly interested in one area…

The problem was, I’m not a natural jumper… I’ve always struggled with my jump.

And even though I’m 6’3″, I was still having a hard time playing against bigger guys.

How Jump Manual Blog Came to Be

Throughout the course of my career, I’ve tried many methods to increase my vertical, yet I only had minor success.

I tried programs such as Air Alert, Vertical Jump Bible, I tried jump soles, weight training and what not?!

Anyway, all these methods didn’t get me to where I wanted to be and I felt like this is more or less what I was capable of genetically.

Fortunately I was wrong.

I’ve discovered The Jump Manual program, and the rest of the story, as they say, is history.

With the help of The Jump Manual, I managed to increase my vertical by 15 inches reaching a 43″ vertical in total.

Now how’s that for a non-natural jumper?!

I’m sharing my experience with the program here. Be sure to check it out.

Anyway, at first, the objective of this blog was to simply document my progress with The Jump Manual and put pressure on myself.

This is why my site is called that way.

But then this blog became a place for me to tend to my obsession and attract other like minded people who are obsessed about dunking and vertical jumping like me.

How My Journey to Dunking Got Started 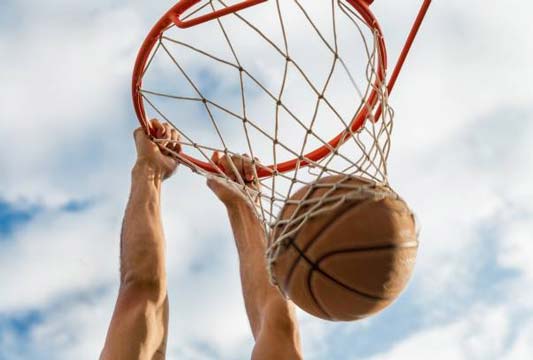 I was so excited after my first dunk that I jumped even higher than when I dunked it.

I was 17 when it first happened, and I’ve been hooked ever since.

I’m a white 6’3 dude, and people always wonder if I can dunk.

Since that day at school, I give the answer on court.

Whether it’s in the school yard or a hall full of fans, it’s the same feeling every time.

A sense of achievement, superiority.

You know you did something big.

And you feel it in the energy of the people around you.

That energy comes back to you… and all you want to do is dunk some more.

Here’s where this moment first happened for me… my first in game dunk.

What Fueled Me to Succeed Despite the Odds

I remember how mesmerized I was as a kid when I saw footage of Michael Jordan or Vince Carter dunk.

It was like watching the hero on a movie beat the villain.

But no one made me more excited than Nate Robinson.

When he was dunking, with his height and physique, it made me believe in myself and inspired me more than anything.

Let me tell you something about dunking…

Every dunk is a great moment…

But there’s nothing bigger than a vicious, nasty dunk on someone’s face.

That’s probably the biggest thing you can do on court.

And that’s what I’ve always dreamed of doing.

It took 17 years for me to fulfill that dream though…

But eventually I made it into a reality.

And when you dunk on someone, it’s a big deal.

No matter who’s on the other side, you know you owned him…

You embarrassed him in front of the whole crowd.

I know because it happened to me too.

Getting dunked on feels like getting caught with your pants down, and then you have to re-watch it looped on the screen in front of tens of thousands of people.

Nobody wants to be that guy, it’s one of a player’s worst nightmares.

But it all changed for me after using the Jump Manual…

Going From the One Getting Dunked on to the One Dunking 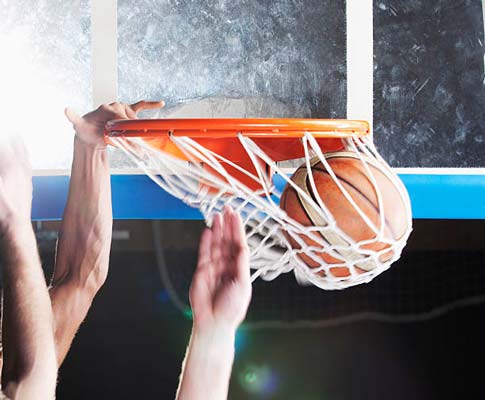 I’ll give you my experience…

The first thing that happens is everything moves slower.

That moment is approaching, you can feel it.

Your guard thinks he’s going to stop you, but you know he’s got no chance.

You’re going to sink it in his face, and the fact that he thinks he can stop you just makes it all the sweeter.

You’re immediately going to prove to everyone that he had no chance of denying you from dropping the ball down his throat.

Here the mind is completely cleared of any thought…

It’s as if nature itself directs you through physical, animal instincts that you can’t control.

It’s his machine against yours.

You don’t even think about the action of dunking, you just do.

The energy goes from your head to your toes, and in one split second you explode like a volcano and overwhelm your opponent.

As you go up, you suddenly get another boost… it’s as if you had extra thrusters…

But you jumped, you’re already in the air…

You’re all locked in on the target, your whole body is like one giant muscle.

Your instincts tell you where to send your hand, what’s the safest way to the rim, then contact, and BOOM…

You just slammed the ball down like a boss and delivered a ferocious facial.

And as your unlucky guard falls to the ground, you stare down at him, he looks back at you, and you both know…

You own him. He belongs to you now.

You took a piece of his soul and it’s yours forever.

And the message is loud and clear:

Next time, don’t put yourself in this position…

Don’t even try to jump with me.

Adrenaline beats all over your body, and only now do you realize that you are still holding onto the rim.

It’s time to let go and return to the floor.

As soon as your shoe soles meet the hardwood again, everything comes back to you.

You look around and the crowd goes wild, the fans are screaming, and everyone knows…

It’s your time to shine.

Where Do We Go From Here?

If you’re ready to explode your jumping and start dunking like you’ve always wanted, you’ve come to the right place.

The Jump Manual Blog is all about that.

Be warned though, it’s not going to be easy.

You can bet there’s gonna be hard work involved.

But in the end, it’ll be worth it.

It’s always worth it.

So join me, and let’s get to work.

If you have any questions, requests or feedback, you’re invited to contact me at [email protected] or through this page and I will get back to you typically within 3 days.

I hope you find my blog useful and I wish you the best with your training.

Hey everyone, my name is Matthew and I created this blog to share with you my thoughts about something I'm truly obsessed about...

This blog is dedicated for that obsession, as well as my love for the game.

Are you ready to go up?

Think you got what it takes to make the dream become a reality?

Before you embark on that journey, let me give you some advice and tell you a bit about mine...

Connect with Me on